In 1957 my father Elwood Buster, better known as just “Buster” to everyone, bought Speedometer Service Co. in Colorado Springs from his boss Glen Huckabee. 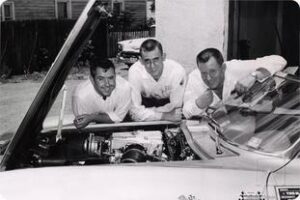 In 1959, a then high school student named Tom Nixon came to work for the company. At that time speedometer repair was all that the shop offered.

As the new fangled alternator came out in the early 1960’s Buster saw a new area to expand the business, since he had been a rebuilder of starters and generators in the past he decided to add this to the business, because someone needed to be able to repair these new alternators.

Rusty Joins The Company in 1982

My father trained Tom Nixon in the repair of speedometers, starters, alternators and generators. I joined the company full-time in 1982 after graduating high school.

My father passed on in 1989 at the age of 73. He didn’t know the meaning of the word retire and worked a full day on the day he left us.

In 2000 we were joined by Steve Butler. Then, in 2004 Tom Nixon decided to retire after 45 years with the company.

In 2021, after serving Colorado Springs for over 60 years, Speedometer, Alternator and Generator Repair at 449 E Kiowa St. has sold our iconic building and will no longer be rebuilding speedometers, alternators, generators and starters at that location. Elwood (Rusty) Buster II, owner of Speedometer, Alternator and Generator Repair, has decided to move in a different direction.

“Believe me, this was no easy decision” states Rusty. “My father, Elwood Buster, bought the business in 1957 and I joined him in 1982. This is truly a family affair and I have deep roots in the collector and hot rod car scene in Colorado. But the market for rebuilt starters, alternators and generators has changed dramatically over the years and it is no longer economically feasible for me to continue to rebuild them. The great news is I love rebuilding vintage car and truck speedometers and I will continue to do so from a yet undetermined location in the near future.” 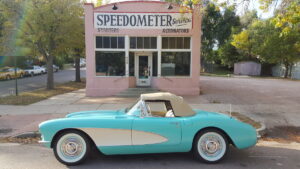 Send Us Your Speedometer!

Send us your speedometer and we’ll rebuild, repair or service it!  All you have to do is put your speedometer in a box (USPS Flat Rate Shipping Works Great) and send it to the address below.

Please include your name, phone number and return address. After we receive your your part we’ll give you a call with the estimate to rebuild or repair it. Then, we’ll send it back to you!
Just email or call us with your needs and we will do our best to get you taken care of. 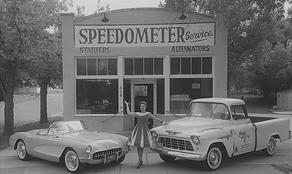 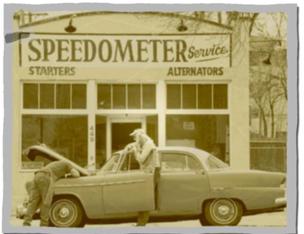